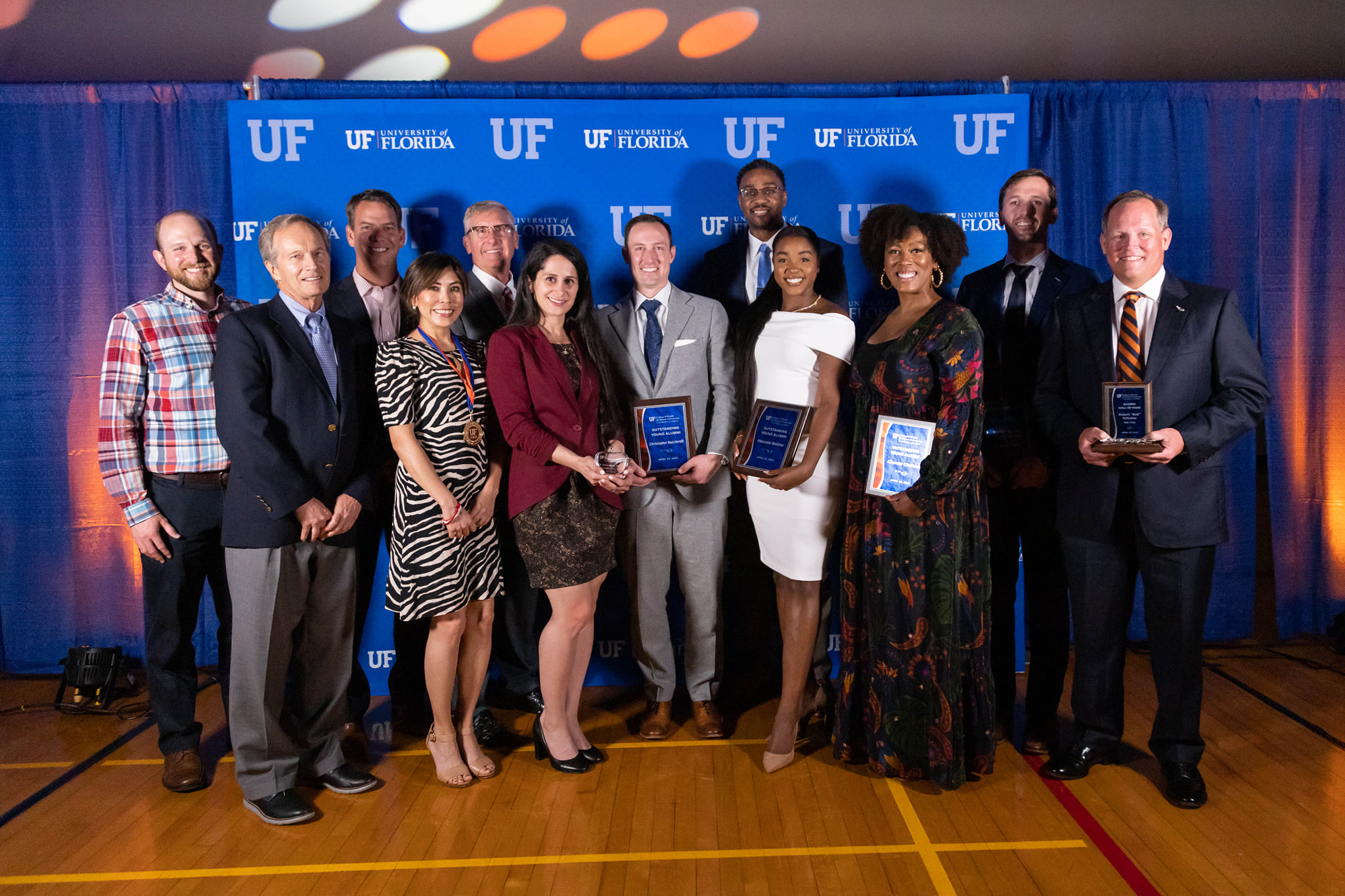 On April 15, the University of Florida College of Health & Human Performance recognized 14 alumni, faculty, staff, students and friends making an impact within The Gator Nation and beyond.

This year's ceremony took place in the Alligator Alley at the Florida Gym and was the first in-person awards celebration in three years. The ceremony recognized the college’s finest community members and honored the latest inductee to the Hall of Fame. Each honoree was awarded a plaque and will be publicly memorialized by the addition of a newly engraved brick in the Florida Gym courtyard at the college's main entrance. 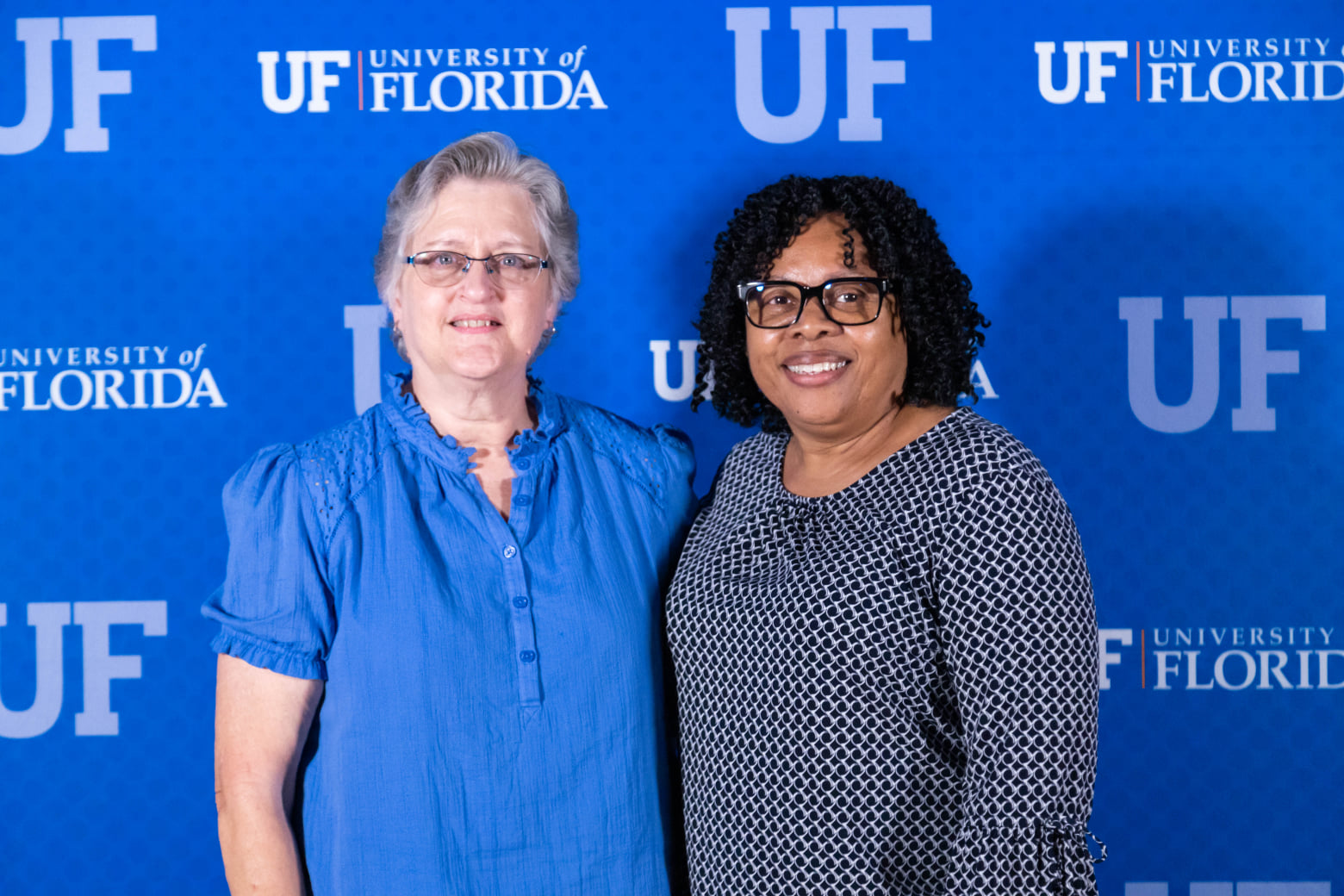 The college also recognized the works of Shari Mack and Diane Davis for their service to the college community. Both individuals have dedicated their entire professional career, a collective total of nearly 80 years in various roles. To honor their loyalty and hard work, an endowed fund will be named, the Shari Mack-Diane Davis Professional Development Endowment, to support professional opportunities for college staff.

"More than 30 retired and current faculty, staff and alumni have contributed more than $62,000 ensuring that the fund will exist in perpetuity," said Jill Varnes, Ph.D., professor emerita, former dean and alumna, when announcing the special recognition.

Congratulations to all of the honorees and their family and friends!

Doctoral Dissertation Mentor of the Year

Teacher of the Year

Undergraduate Faculty Mentor of the Year

Posted by University of Florida College of Health and Human Performance on Monday, April 18, 2022

Photos by Brianne Lehan/University of Florida 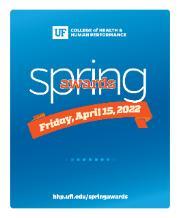