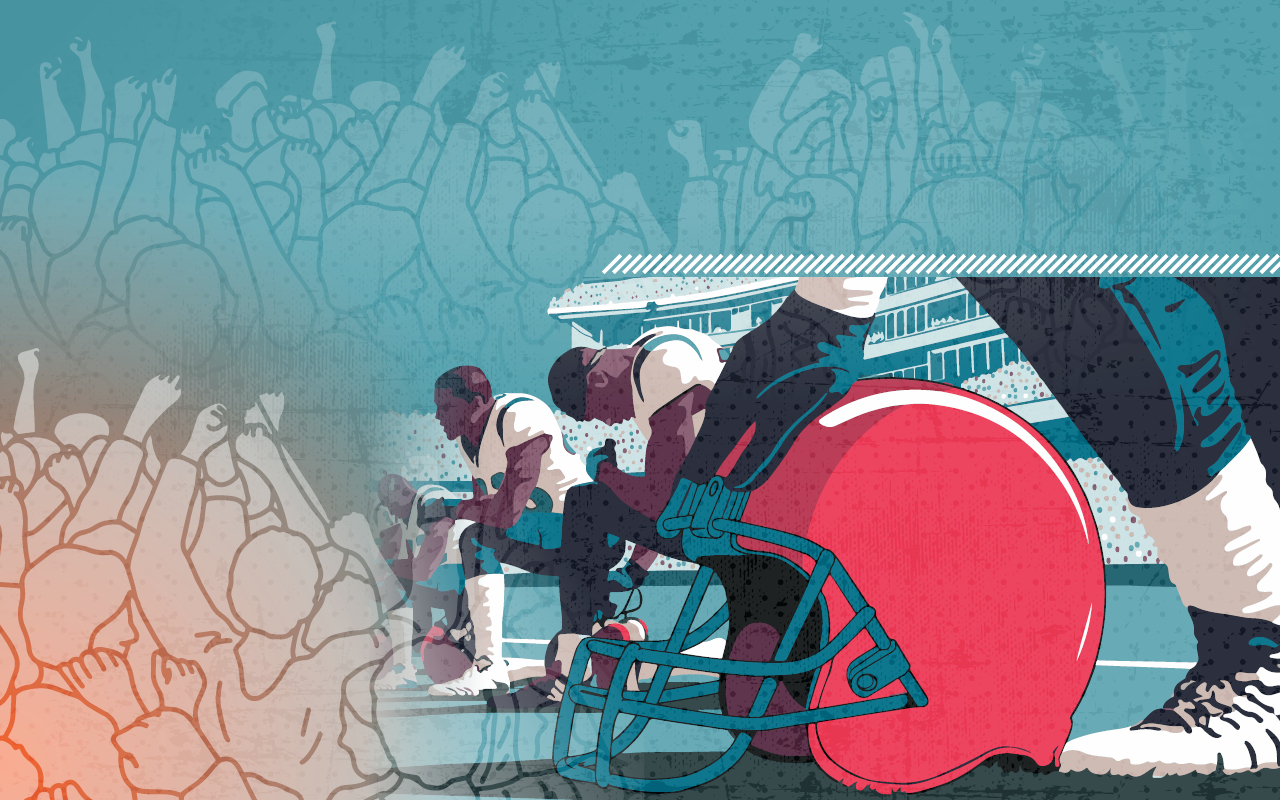 Just one kneel at a preseason NFL game in 2016 shook the core of the sports world. Colin Kaepernick’s protest against racial inequality opened the conversation once again to activism on and off the field. It also forced sports leagues like the NFL to reconcile with their own credibility in the eyes of fans as they navigated how to handle their athlete’s advocacy.

Chang’s previous work has monitored the paradoxical effects of sports fans’ memory bias. He has worked to prove that sometimes negative publicity can turn into positive information, especially for younger fans. However, his first look into athlete activism is preceded by little prior research in the field.

Kaepernick’s kneeling during the U.S. national anthem at San Francisco 49’ers football games sparked debate over the intersection of political speech and sporting events. Political figures, such as then Republican presidential candidate Donald Trump, chimed in, influencing the perception of the league’s fans.

“It was controversial,” Chang said. “From one side it was perceived positively and on the other hand many people and the NFL first said it was an unfavorable action. But they changed their official attitude. That was my motivation to cover this social phenomenon as part of my job as a researcher.”

The #TakeAKnee movement spread to more NFL teams and other sports as a sign of solidarity against police brutality and racial inequality against people of color and Black Americans. Using the backdrop of Super Bowl LII in 2018 as the peak of the protest, Chang and his colleagues tackled fans’ perceptions of the league’s credibility from their responses to crises.

Chang surveyed 698 residents as part of a larger research project looking at the effects of Super Bowl LII on the Minneapolis–St. Paul metropolitan area, the host city. The researchers polled participants between January and February 2018, just after the NFL made blanket statements about athlete activism and before they promised to support community projects.

Capturing fan reactions to the league’s initial response was critical to understanding how they would perceive Kaepernick’s actions, Chang said.

The researchers analyzed all of the NFL’s response using the situational crisis communication theory (SCCT) which theorizes that a level of responsibility is placed on an organization because of any dilemma in turn affecting their reputation. It is then up to that organization to use the correct response strategy, whether it be denials, excuses, apologies or callbacks.

His research also had to consider the concept of free riding which is the act of benefiting from the actions of others without sharing the cost, according to the study.

The study’s results found that the NFL used diminishment and bolstering strategies such as minimizing any faults and reaffirming their past efforts in combating racism in response to the protests. While its strategy elicited positive reactions from people with positive attitudes toward the movement, the league also damaged its credibility as others felt it was free riding; some found protesting players were risking more than the league was in terms of career and pay.

“The NFL’s handling of the #TakeAKnee movement played an important role in maintaining the organization’s credibility and communication effectiveness,” the study reads.

The research’s takeaway for all leagues: a consistent, comprehensive communication strategy is advised for both crises and other events (like a Super Bowl).

Chang also believes college sports team organizations should put greater emphasis on their credibility more so than the NFL. As non-commercial based groups, they lack the conformity and pressure from stakeholders and sales that drive the actions of national football teams.

However, all sports leagues would benefit from managing a consistent image based off their actions. He hopes further research acknowledges the criticisms he and his team made in analyzing the NFL’s reaction to athlete activism.