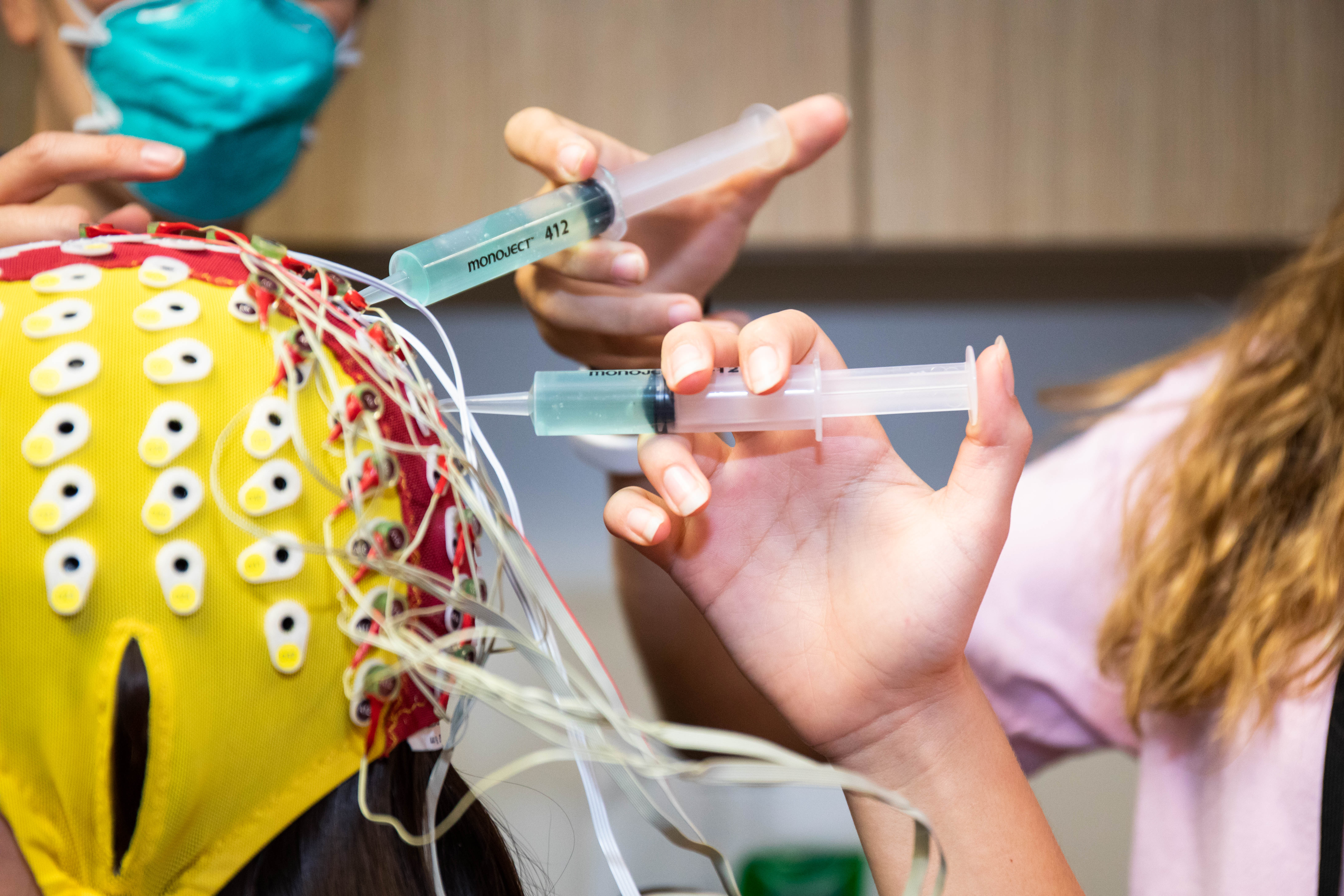 Doctoral students Amanda Studnicki and Theresa Hauge teamed up to bring more than 20 middle school students to campus this summer for a free, week-long summer camp aimed at empowering girls to explore neuroscience. The graduate students work in the labs of faculty members Daniel Ferris, Ph.D., and Rachael Seidler, Ph.D.

Held July 18-22 in the Florida Gym, the camp brought sixth, seventh and eighth graders together for hands-on activities, field trips to multiple neuroscience labs and to hear from leading women researchers at UF.

The camp was free for campers with funding provided by the National Science Foundation (NSF).

Kristine Snyder, Helen Huang and Julia Kline, three members of Ferris' lab, started the camp at the University of Michigan in 2013 with the goal of providing girls the chance to see themselves at a university and hear from potential role models. The camp has since expanded to additional universities. This was the second time the camp was hosted at UF.

“We wanted to break the mold of what TV and movies show as your typical scientist – boring and old,” said Seidler, professor in the Department of Applied Physiology and Kinesiology. “The camp allows girls to see scientists in another way.”

The program also gives campers the chance to get to know the campus, travel from one lab to another and experience college, said Seidler. 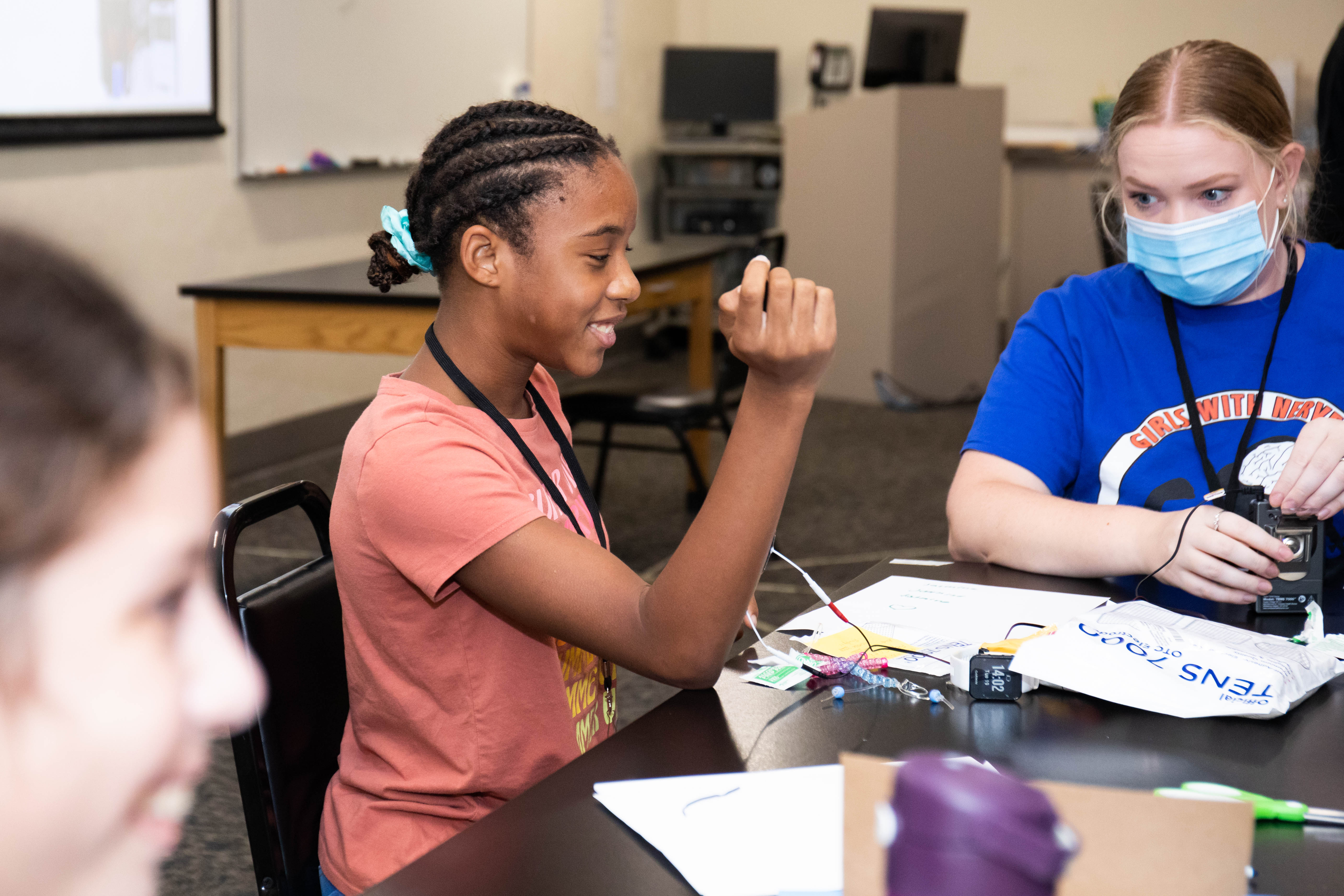 In the photo pictured above, campers applied electrodes to their arms to send weak signals to their nerve cells. This experiment demonstrated what happens when there is too much stimulation, causing the brain to respond in a different way.

The campers also performed a cockroach experiment that demonstrated what they had learned about neurons, action potential, and research ethics. In the experiment, a signal was transmitted to a cockroach leg and the girls watched as the different frequencies would cause the leg to contract, or rather "dance" to the song being played. Some groups even went as far as giving their test subjects names like Charlie and Timmy.

In another experiment, the campers learned about traumatic brain injuries. The campers designed "helmets" for chicken eggs, representing the brain. The campers were provided with foam, cotton, play dough, and plastic eggs to keep their eggs protected. Once finished, they lined up with their hypotheses in hand, prepared to drop their eggs at various heights.

Staffed and organized by Ph.D. and postdoctoral students in the Department of Applied Physiology and Kinesiology and the J. Crayton Pruitt Family Department of Biomedical Engineering, the camp plans to continue next summer with hopes to reach additional middle school girls who lack the resources to attend science camps.

Information about Girls With Nerve can be found at seidlerlab.com/girls-with-nerve.html.