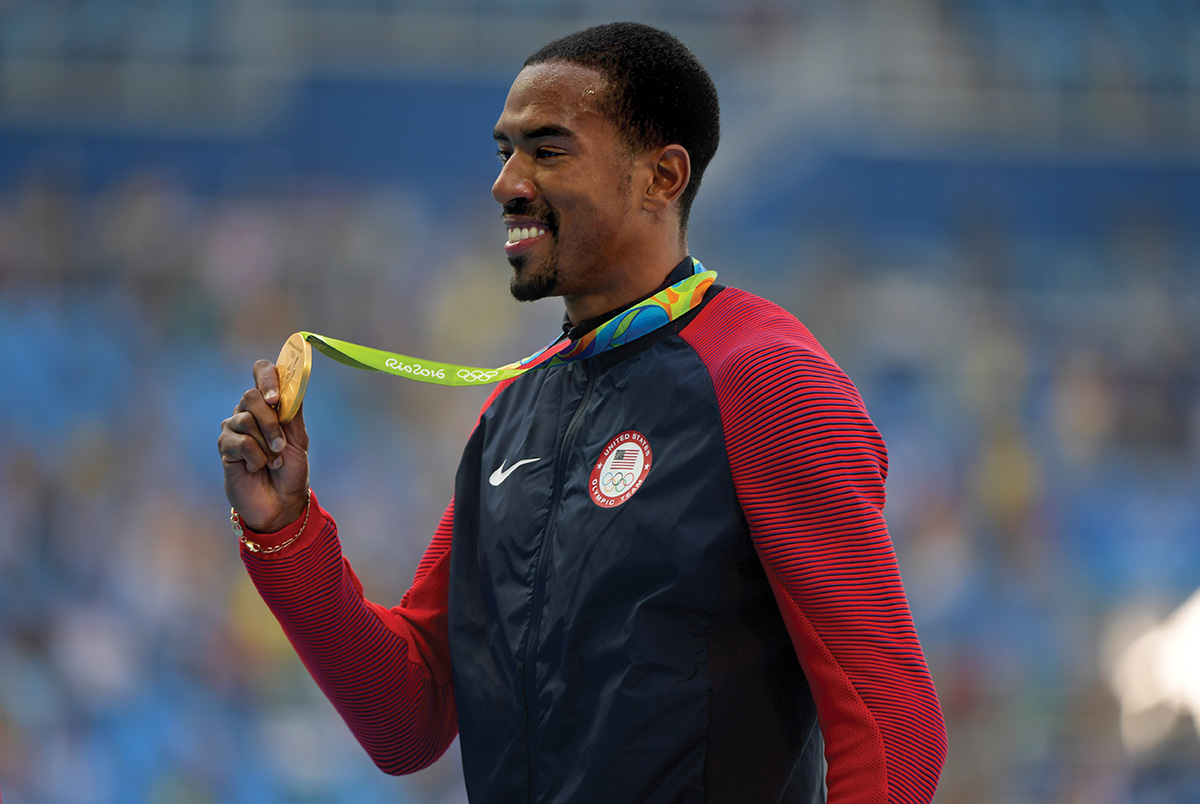 Known worldwide as a clutch performer in the men’s triple jump, Christian Taylor, two-time Olympic gold medalist and four-time World Champion, recently added a Bachelor of Science degree in the online sport management program to his long list of accomplishments.

Taylor originally started out in the on-campus sport management program, but as his professional career took off, he found it difficult to continue. “The online program was the only way I could get my degree. This avenue enabled me to reach my lifelong dream. With all of the traveling I do to compete, I used to have to factor in the time difference when completing assignments, taking a test or meeting with groups to work on projects,” said Taylor.

“I think completing this [sport management] degree is one of the proudest moments in my life and will be a large contributing factor to the success of my career moving forward,” reflected Taylor.

Taylor grew up with a passion for all sports and eventually found his niche in track and field. “There is definitely an athletic spirit in my family. My dad was a tennis player, my sister was a track and field athlete at the University of Kentucky, and my cousin played football at Arizona State,” said Taylor.

Recruited back in 2008 by the UF Track and Field team, Taylor quickly established himself as one of the nation’s best triple jumpers. When asked what drew him to UF Taylor answered, “I believe Gainesville is a unique city, it has a special energy that brings you in and makes you feel like family. I also came to school at a very exciting time—the basketball and football team had both won national titles, and the city was buzzing with excitement.”

With his trademark focus, Taylor had his eyes set on Doha 2019 in the fall where he won his fourth World Championship. He hopes to go on to compete in the Tokyo Summer Olympics. “God willing, I will make the team for the 2020 Olympics. The U.S. team is extremely tough, and I will never make the assumption that the spot is mine. I have to go out there and fight for it. If I am able to make the team, my focus will be on setting the world record, setting the Olympic record, and bringing home the gold medal. I genuinely believe I am capable of completing the task, but only time will tell.”

When Taylor isn’t competing, he is reaching out to kids via the Classroom Champions program, which is co-founded by another HHP Gator great, Steve Mesler (Bobsled Olympic gold medal winner). The mentorship program connects athletes with thousands of underserved kids across the U.S. and Canada. Taylor remarked, “It has been the greatest thing I’ve done since becoming a professional athlete. It’s just an added bonus that I get to impact and inspire the next generation as a Gator.”